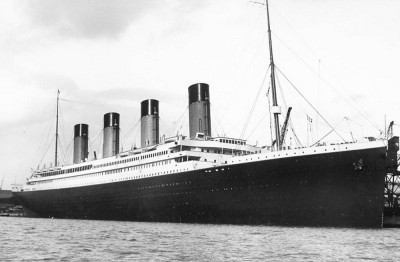 In James Cameron’s 1997 movie, Bill Paxton’s treasure hunter sees the Titanic emerging from the gloom, and from next year extreme explorers and even fans of the Leonardo DiCaprio and Kate Winslet blockbuster can get up close with the luxury liner.

For the first time in over a decade, concierge companies are offering submersible journeys – what they call “missions” – to the wreck, and there are already plans in place for 2019.

Bluefish, based in California, are offering expeditions costing nearly $60,000 that set sail on the RV Akademik Keldysh, which Cameron used and featured in the movie, with dives to the depths in small, nickel steel MIR submersibles.

For the pricier ticket of over $100,000 per person (the cost of an original First-Class ticket in today’s money, according to one travel service), you can gaze out from a much wider viewport and enjoy more elbow room in Cyclops 2, the cutting-edge titanium and carbon fiber sub from private outfit OceanGate, who are based in Everett, WA.

Trips leave from Newfoundland, and passengers are part of the team and expected to be hands-on. This is no day trip or theme park ride, and even though you might only get an hour or two just feet away from the famous staircase, the radio room or even personal mementoes of the disaster, tickets are already selling fast.

Expeditions have been available before, but they came to an end around 2005.

Submersibles strong enough to withstand the pressure at such depths were Government-owned and rarely available, and the bulk of the cramped journey is just an hours-long dark descent to and from the ocean floor.

The crumbling wreck was getting less than camera-ready too, but the demand has never gone away, even after the 100th anniversary of the disaster.

The remains of the 1912 disaster were found 2½ miles down by explorer Robert Ballard and his team in 1985. The tragedy killed over 1,500 people when the vessel sunk after hitting an iceberg around 375 miles off Newfoundland on its maiden voyage between Southampton and New York.

You’ve got time to save up for your super-dive, though only about 15 to 20 years according to a study from last year, which revealed that due to “extremophile bacteria,” the wreck could have collapsed and been eaten to little more than lumps of metal by then.