There have been countless movie and TV versions of the Jack the Ripper story, but was there ever any chance that “Saucy Jack” ever visited Los Angeles?

Believe it or not, there were real suspicions that Frederick Deeming, a strong suspect who had brutally killed his wife and family in England and later murdered another wife in Australia in 1892, may have been in L.A. a few years earlier, in 1888 – before the first Ripper murder in Whitechapel.

A man called Charles Williams (the same pseudonym Deeming used) conned and scammed people here – including the woman he married – so was it The Ripper at the beginning of his career, before he turned to slashing with a knife?

I wrote a story about it for the LA Weekly, but the link seems to not show the photos now, so I wanted to put them here – especially since the monthly true crime book club I host at The Last Bookstore (come and join us!) recently featured a Jack the Ripper book.

Was he also Frederick Deeming?

My story about a possible Ripper suspect here in L.A. led me to visit a Melbourne cemetery to see the grave of Emily Mather, the murdered wife (and last victim) of Deeming, and ultimately to an appearance on the excellent history “Dead and Buried” podcast.

There’s also some material about The Ripper from Scotland Yard’s famous – and private – “Black Museum”, which held a rare exhibit at the Museum of London a few years ago, and I wrote about for the Los Angeles Times. 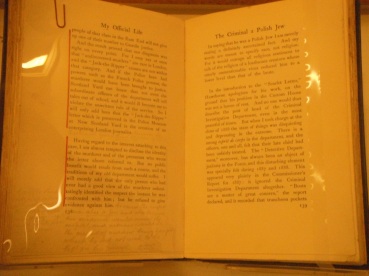 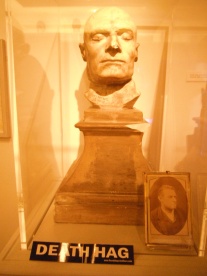