If you’re based in Los Angeles, you’ll have seen the media coverage for the closure – and demolition due to start in a few days – of the Sixth Street Bridge.

Featured in many movies, TV shows and countless car commercials and pop videos, I wrote about it after a visit last year: https://gourmetghosts.com/2015/08/26/fear-of-the-walking-dead-and-the-real-suicide/

Now the bridge is closed and demolition is about to begin before years of rebuilding, a final tribute to the people who chose that bridge as the place to end their lives: 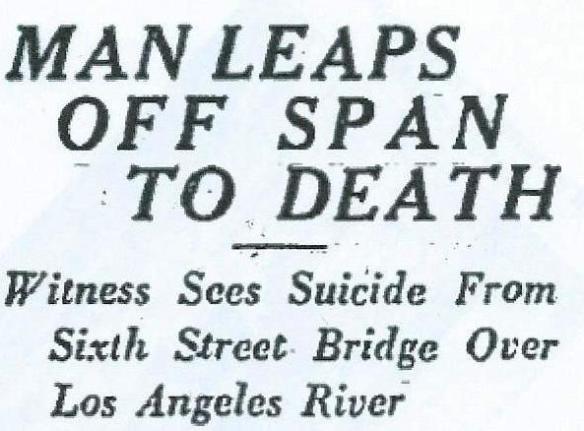 and also an unidentified man “aged about 30” who flung off his leather jacket and jumped on March 16, 1934.